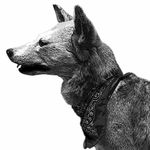 An Altared Christmas - CD
The Return of An Altared Christmas - CD
These CDs feature recording of several popular Christmas and Holiday songs that I have changed from a major to a minor feel.The results are varied - some tunes take on a European feel, while others simply become funny, exposing the irony of all that happiness sung over a minor chord. Feeling like a casting director, I brought in the talents of several of my best musical friends: Pipa Piñon, Daniel Lewis, Bob Burnett , Janet Roitz, Gary Regina, David Wallis, S.K. Thoth, Cyoakha, and Melo. For "Thr Return.." I added the talents of Dana Hutson, Mark Sowlakis, Tammi Brown, Paula Bliss, Rick Zeek, and The Great Morgani, accordionist.

Haunted By Waters - Rhan was one of two percussionists in this San Francisco based band. The CD, "Like the Dust" is on XDOT RECORDS and is available at all Tower Records and Virgin Megastores nationally. In addition to Rhan, this recording featured singer Cait McWhir, David Hannibal on guitar and didgeridoo, Gerry Bassermann - keys,guitar and vocals, Cat Taylor on electric violin, Greg Stone on bass, and "Bean" on percussion and vocals. Bean also is the co-founder of the SF based band "D'Cuckoo" . 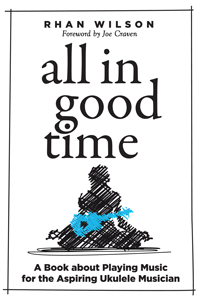 Jazz The Dog at Joe's Bar

Rhan Wilson, Patti Maxine, Rick Zeek, and Michael Westendorp are Jazz The Dog and no, they don't play jazz - they play a mix of inspired Americana, originals, and some jazzy soulful deep grooves. Come up the valley to Joe's, or come down from the mountains - it's all good.

Jazz the Dog at Stockwell Cellars

Another great time at the winery with Jazz The Dog: Rhan Wilson, Rick Zeek, Patti Maxine, and Michael Westendorp.

Jazz The Dog at NUBO

Jazz The Dog plays upstairs at this 42st Avenue Brewery. Join Rhan, Patti, Rick, and Michael for some fun and inspired music.